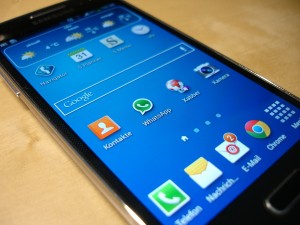 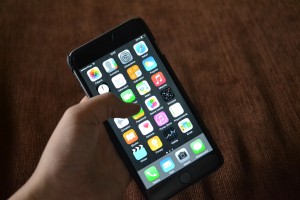 For the first time it happened that Apple’s flagship product iPhone is being compared to Samsung’s new release. With few similarities and differences the users might be in a dilemma, which phone they should choose, in case they want to spend money or upgrade, in terms of design specifications, how competent are the companies and what are the features that are outside of their expectations? Here is a quick view for the users to compare and a final review about the two phones.

The first and foremost thing a user will do is to test for an image quality (fine or it is breaking the pixels). On a non-biased basis, both phones have excellent cameras, but EDGE is going “off the edge” with a camera of 16 MP, 2988 x 5312 pixels, optical image stabilization, autofocus, and LED flash unlike the camera of iPhone 6s that is 12 MP, 4032 x 3024 pixels, although iPhone camera is equipped with phase detection autofocus, dual-LED (dual tone) flash. The secondary camera of 5 MP with dual video call, Auto HDR is a not-so-found feature in iPhone 6s.
In a nutshell, these are two fantastic cameras. But if question arises to take photos in more challenging lighting conditions, then go for Samsung S6 Edge Plus. But for an amalgamation of plainness and image quality, iPhone 6 is a must-go and in either ways, these are two phone cameras won’t let you down.

iphone6: The iPhone 6 has a new Apple’s new A8 processor that is based on the industry-standard ARM architecture. The M8 is a separate co-processor that is provided for sensor input. By this co-processor, the battery life is saved. The external storage is not expandable. As iPhones are already expensive and just to have an optimum enough space by paying an extra amount is a major hurt.
Samsung: The curved screen makes the phone a little bit tough to hold but the memory is expandable up to 64GB. It is also worth dealing with having a great-looking display, high-end wonderful camera and high end internals.

The differences may be many but on the other side there are similarities also. Let’s have a look over the similarities between them:
•Both have natural language commands and dictation (although they are built on different platforms)
• Active noise cancellation with dedicated microphone
• Document editor
• Auto HDR and panorama
• Photo/video editor
• Bluetooth enabled phones
• Accelerometer
• Geo-tagging
• Face detection
• Video recording of 2160p@30fps, 1080p@60fps,1080p
• Wi-Fi hotspot provided
• Touch focus

All in all, the design of both the phones is subjective, of course, and both of these devices look very lovely. But looking over to all the specifications, say its picture quality, camera capacity or RAM, we’d say the S6 Edge+ just takes over. In the end, it obviously comes over the pocket’s permission and we would say that S6 Edge+ cost effective having more specifications as compared to iphone6.

All in a nutshell, equipped with fabulous features regarding camera quality, price effectiveness and memory capacity, S6 Edge+ is a must-take for everyone